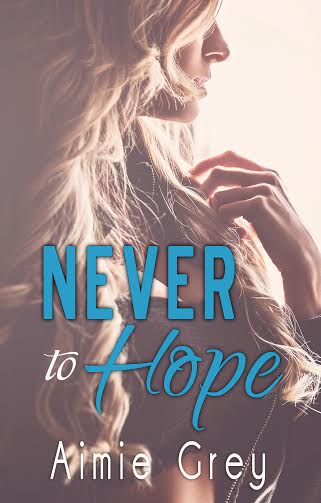 As the daughter of addicts, Alissa Ross is determined to break the cycle for herself and others like her. After years of following a set of carefully laid plans and working a demeaning job to save enough money, her lifelong goal of attending law school is almost within reach.

Alissa believed that love was out of the question for her…that is until the day Carter Smith moves in to her apartment building. From their first meeting, there’s an undeniable connection between them, and Alissa slowly begins to trust that it’s okay to hope for happiness in her life. For once everything is looking up, but as she has learned all too well, when something seems too good to be true, it usually is.

Will Alissa be able to trust the man who has everything to gain from destroying the only thing she’s ever wanted, or will she accept it is better never to hope? 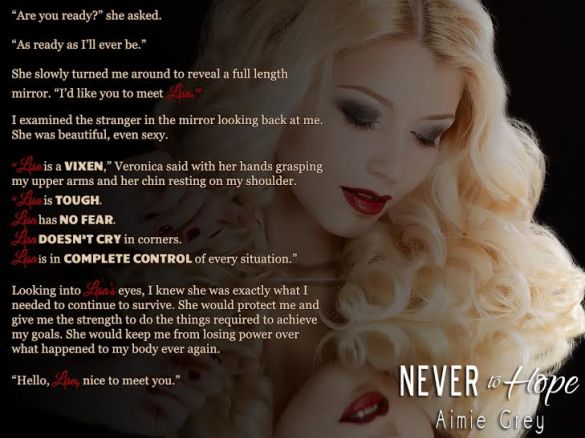 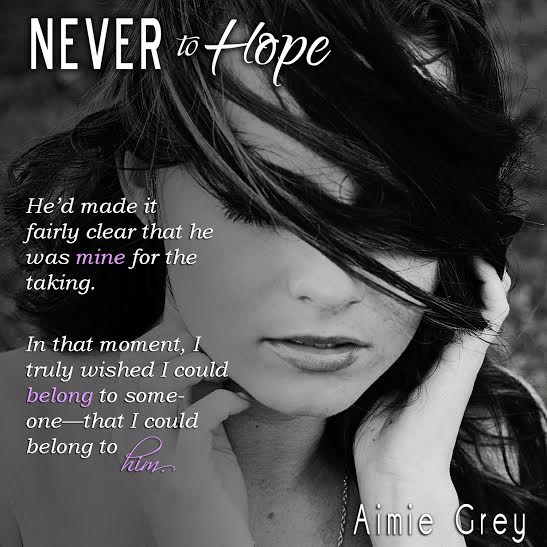 Aimie Grey didn’t read a single book until she was in her early thirties. One fateful day, her friend decided to put an end to the madness and shoved a steamy romance novel under Aimie’s nose. After being forced to read one of “those” scenes, Aimie went home and bought the book, and the next one, and the one after that. In the two years since, Aimie has read close to four hundred books. Somewhere along the way, she became frustrated with reading repetitive stories revolving around the experienced man seducing the still virginal woman. Aimie decided to take matters into her own hands and wrote her debut full length erotic romance novel Never to Keep.In addition to her day job as an IT system administrator, and her new evening gig as a writer, Aimie’s primary role in life is wife and mother. Aimie lives in the Midwest with her husband and two teenage daughters. (Now you know why she needs those books!) You can connect with Aimie at: www.facebook.com/aimie.grey