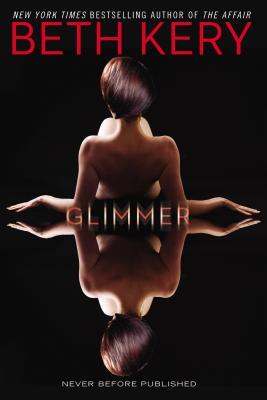 From the New York Times bestselling author of Because You Are Mine, a scorching new novel about forbidden desire…

Alice enthusiastically accepts, but she still wonders why Dylan would choose a girl from the wrong side of the tracks for the prestigious program. But after a passionate encounter one night, she discovers exactly why—Dylan wants her, and Alice can hardly resist his fierce sexual appetites, though she is amazed that she could appeal to an experienced, sophisticated man like Dylan.

OUR REVIEW WILL BE COMING SHORTLY!! 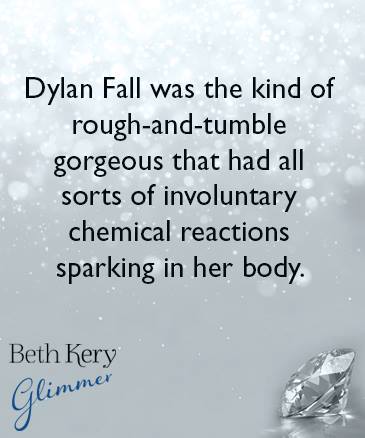 After nearly an hour of intense question and answering, he tipped his forearm and glanced at his watch.

“You’re a statistical trend spotter, aren’t you?” he asked casually, referring to her ability to absorb data and quickly break it down into meaningful trends, spot anomalies, and even predict outcomes.

“I suppose you could call me that,” Alice said.

“No,” she denied tensely. The word savant labeled her as a freak. All she wanted was to go unnoticed. Freaks didn’t blend in. “I just have a decent feel for numbers and what they mean.”

“You have a phenomenal feel. A rare gift,” he corrected, his deep voice making her spine prickle again in heightened awareness. “I think you’ve informed me of just about everything I need to know,” he suddenly said briskly, his gaze on the papers on the desk. Alice eased forward in her chair, recognizing the end of the interview. “I was wondering—were you interested specifically in
Durand Enterprises before you began the philanthropy study?”

She shook her head. “No. I mean . . . I knew about it, of course. I was familiar with both its corporate success and philanthropic emphasis.”

“Ah. I was under the impression from your advisor that you were the one who first suggested Durand for the study,” he said.

“I might have been. I’m a business major,” she said shrugging. “Durand Enterprises is one of the most successful businesses in the world.”

He took off his glasses, his gaze on her sharp.

“Are there any questions you have for me?” he asked after a pause in which Alice had to force herself not to squirm.

“How many people will be chosen as Camp Durand counselors?”

“Fifteen. We try to keep the camper-to-counselor ratio as low as possible, while offering scholarships to as many of the kids as we can. New-participant numbers remain fairly steady, but the returning campers have to keep a clean legal record and pass several random drug tests if they have a history, in addition to maintaining an acceptable grade point average. As you probably already know, the camp focuses on junior high and high school-aged kids. Each counselor usually has around ten kids on his or her team.”

“So only nine counselors make the cut to become a Durand manager,” she reflected. “Do you honestly think that this setup—a summer camp on the shores of Lake Michigan for three weeks—really gives Durand the information it needs to hire top notch executives?” she asked skeptically. “It seems a little”—silly, she said in the privacy of her brain—“odd to expect business graduate students to have the necessary experience. We’re not social workers or teachers. Or babysitters.”

He flashed her a glance when she mumbled the last under her breath.

“You’re not expected to be any of those. Well . . . maybe teacher, but not in the classic sense. There are regular, experienced staff at Camp Durand—cabin and grounds supervisors around the clock. It’s true, though, that the counselors play a crucial role in the camper’s experience. The Durand counselors are, essentially, the face of leadership and support to each individual camper. We offer a weeklong training period to the counselors, so they know what to expect. That training program is similar to many management retreats utilized around the world by companies to hone leadership skills. But that’s only the beginning. Then the kids arrive, and the challenge really begins. What’s required to succeed as a counselor—and as a Durand executive—is a large measure of ingenuity, leadership, people skills, and humanity. Those are qualities we’ve been unable to measure adequately from a resume, recommendation letters—which are almost always glowing—and a few interviews. Camp Durand works for us, no matter how unconventional it may seem. It’s worked for us for decades. The executive contestants are under nearly constant observation for four weeks: one week of training and the three weeks while the children are there. Their schedule is arduous. They’re considered to be on the clock from seven thirty in the morning until nine p. m., when the night supervisory staff takes over for them. They’re expected to work Saturdays until three, with only Sundays off. It’s not enough to brag about qualities of leadership, planning, intelligence, innovation, salesmanship, compassion, determination, hard work, and courage: The counselors have to demonstrate those skills daily with a group of children, some of whom have been labeled as criminal, uncooperative, manipulative, lazy, or unreachable. It’s a lot harder that it sounds at first blush,” he said, his mild tone in direct contrast to his lancing stare.

“So Durand does it again. It combines philanthropy—no, it uses it—to optimize the bottom line.”

His smile was closemouthed, slashing . . . dangerous.

“Yes, I understand. That’s the way you would view it,” he mused as if to himself, sounding not at all concerned by her pessimism as he leaned back in his chair. His stare on her made her feel like a wreck he was considering making into a project. It was a cold, sharp knife, that stare, so Alice couldn’t figure out why it made her sweat so bad.

“Would you be adverse to accepting a position at such a seemingly mercenary organization?” he asked.

“No,” she replied without pause.

His gleaming brows arched. “Ah. So you’re a little mercenary yourself.”

“I don’t know about that. I’m not stupid, if that’s what you mean.”

He gave a gruff bark of laughter. “No one could accuse you of stupidity,” he said with a swift glance at her paperwork spread across the desk. He stood abruptly. Alice jumped up like she’d been released after being held down on springs.

“This has been enlightening,” he said briskly, holding out his hand. They shook. “We’ll be making our decision on finalists for Camp Durand within the next two weeks. Chicago-area colleges and universities were Sebastian Kehoe’s last stop on the recruitment tour. We’ll be in contact.”

His eyes flashed. She grimaced. She hadn’t meant to sound sarcastic, but recognized she had. Well, at least this fiasco was over with. Now she had all the valuable interviewing experience either she or Maggie could ever want for her. Everything after Dylan Fall would be trite. She had a future full of
cakewalk interviews before she landed her new, realistic job. Probably a boring, entry-level, menial one given the current job market.

She turned to go.

She came to an abrupt halt, pausing in the action of reaching for the door. She didn’t care for the fact that she looked over her shoulder with a measure of eagerness. It was hard not to crave every glance she could get of Dylan Fall. Despite the fact that he intimidated her, he was one hell of a sight.

“I know a man—he’s a member of the Durand board, in fact—who grew up in the Austin neighborhood on the west side of Chicago,” Fall said. “Are you familiar with that neighborhood?”

She studied him narrowly, trying to see his angle and failing.

She barely repressed a snort. Mr. Slick, Gorgeous CEO in his immaculate Italian suit had a lot of nerve, presuming to know about Little Paradise. He noticed her flash of disdain, because his brows rose in a silent, pointed query.

“There’s nothing worse than urban hillbillies, Mr. Fall,” she explained with a small, apologetic smile. “I don’t know how much you actually know about Little Paradise, but that’s a pretty apt descriptor for who lives in the trailer park there. It’s just that in our case, the ‘hill’ is a giant garbage dump.”

She’d been trying to use levity. She must have only sounded flippant, though, because he looked very sober.

“My point is, Durand doesn’t just offer philanthropy to needy kids to get publicity and prime photo ops, and then drop them off on the streets and forget about them. The man I’m speaking of rose through the ranks, starting as a Camp Durand camper when he was twelve years old. People-building isn’t an empty philosophy at Durand. We want the best, no matter where the best comes from.”

She realized belatedly she’d turned and was staring at him now full in the face. Searching. Suspicious.

Against her will, her gaze flickered down over his snow-white tailored dress shirt and light blue silk tie. A vivid, shocking impression popped into her head of sliding her fingers beneath that crisp cotton and touching warm skin, her palm gliding against the ridges and hollows of bone and dense, lean muscle. Her gaze dropped to his hands.

Just the thought of his hands sliding across her skin made her lungs freeze.

I’ll bet he could play me perfectly. He just looks like he knows his way around a woman’s body. He’d do things to me I’ve never even imagined.

They were completely inappropriate thoughts, but that didn’t halt her instinctive reaction. Need rushed through her like a shock to the flesh, leaving a trail of heat in its wake. Her thighs tightened, as if to contain that unexpected flash fire.

Maybe it was because her few former lovers suddenly seemed young and clumsy in comparison to Dylan Fall?

Her stare leapt guiltily to his face. His dark brows slanted dangerously, but he also looked a little . . . startled? His eyes flickered downward, just like hers had. She hunched her shoulders slightly at the web work of sensation that tingled the skin of her breasts, tightening her nipples against her bra.

Her hand curled into a fist when she recognized she’d let her guard drop.

“I’m happy for your friend. But I’m not a charity project,” she said.

She flinched slightly at the stinging authority of his reply. Dylan Fall was a little scary in that moment.

“We’ll be in touch,” he repeated, looking down at the desk in a preoccupied fashion, and she knew she’d imagined not only that spark of mutual lust, but his cold, clear anger at her pitiful display of insubordination.