Finn Qualtrough, a Cynn Cruor warrior, is on a mission to find leader of the Scatha Cruors, Dac valerian. When he pursues three Scatha warriors who can lead him to Dac, Finn discovers a woman who awakens a desire within him to claim her as his own.

Eirene Spence is an insomniac and a computer genius. Her penchant for midnight walks in the park puts her life in danger when the Scatha Cruors find her. She is saved when a handsome stranger rescues her. His touch ignites a hunger inside her that only he can satisfy.

By a twist of fate, Eirene’s client is Dac valerian. She can lead Finn – and the rest of the Cynn Cruors – to Dac’s lair. Now Dac wants her dead.

Finn must fulfill his mission while trying to keep Eirene alive. With Valerian after Eirene, nothing is certain. Not even her place in Finn’s life.

It’s time to prepare for battle. 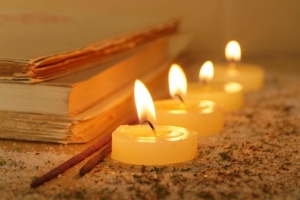