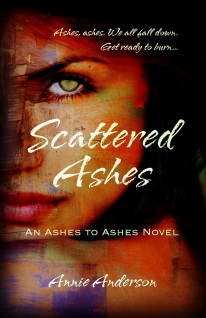 SCATTERED ASHES by Annie Anderson
Genre: Paranormal Romance
Release Date: OCTOBER 27, 2015!
– SYNOPSIS –
Aurelia Constantine is having a rough century.
Plagued by visions of murder, death and destruction, she has resigned herself to the nightmare her life has become. When an enemy from her past comes to her rescue, she must let go of old wounds and heal the breach so she may survive the evil poisoning her mind.
Rhys Stevens is guilty.
Murder. Betrayal. Treason. Take your pick; he’s guilty of them all. On the path of redemption, he must beg for forgiveness from the one person he fought to save – the woman he has always loved.
Thrown together in the trenches of war, they must work as a team to stop a monstrous puppet master from pulling their strings.
Ashes, ashes. We all fall down.
Get ready to burn.
– ADD TO GOODREADS –
– PRE-ORDER FOR .99CENTS – AMAZON 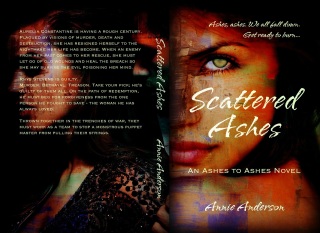 – ABOUT THE AUTHOR –
ANNIE ANDERSON 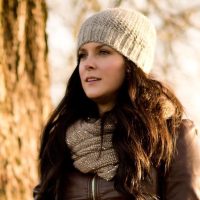 Annie Anderson is originally from Dallas, Texas but has lived in England, Las Vegas (because Las Vegas and the state of Nevada are two very different places), New Mexico, Illinois, Florida and Georgia. As soon as the military stops moving her family around, she’ll settle on a state, but for now she enjoys being a nomad with her husband, two kids, and an old man of a dog.
– SOCIAL MEDIA LINKS –
FACEBOOK: https://www.facebook.com/AuthorAnnieAnderson
TWITTER: https://twitter.com/AnnieAnde
WEBSITE: http://www.annieande.com
GOODREADS: https://www.goodreads.com/author/show/6108766.Annie_Anderson
This tour is brought to you by: