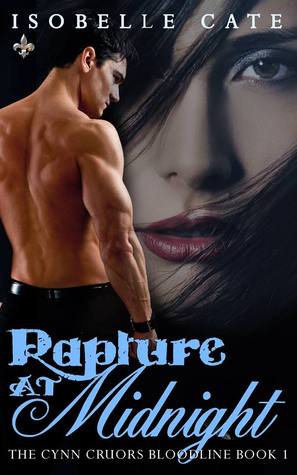 She is the very essence of his immortal life.

He is her soul.

Finn Qualtrough, a Cynn Cruor warrior, is on a mission to find the leader of the Scatha Cruor, Dac Valerian. When he pursues three Scatha warriors who can lead him to Dac, he discovers a woman who awakens a desire within Finn to claim her as his own.

Eirene Spence is an insomniac and a computer genius. Her penchant for midnight walks in the park puts her life in danger when the Scatha Cruor find her. She is saved when a handsome stranger rescues her. His touch ignites a hunger inside her that only he can satisfy.

By a twist of fate, Eirene’s client is Dac Valerian. She can lead Finn—and the rest of the Cynn Cruor—to Dac’s lair. But Dac wants her dead.

Now Finn must fulfill his mission while trying to keep Eirene alive. With Valerian after Eirene, nothing is certain, not even her place in Finn’s life.

The swish of the front glass door broke their connection. Eirene exhaled slowly. She hadn’t realized she’d been holding her breath the whole time. She turned to see who had arrived, her stance defensive as she backed away from Devon’s office door. Four hunks appeared and entered the office one at a time. All of them were as tall as Finn, their jeans riding low on their hips. Their black shirts skimmed and hugged their muscled chests and washboard abs. They were also wearing leather jackets in different styles. The third man to come in had a satchel slung over his shoulder. He strode immediately towards Devon.

“Stop! You’re not going anywhere near him.” Eirene placed herself between Devon, Finn and the man with a satchel.

“Zac is a doctor,” the man who appeared to be their leader said. “If you don’t allow him near your friend, his injuries will only get worse.”

Eirene briefly hesitated, looking at all of them warily. Finally, she conceded moving to one side to allow the man called Zac to kneel before Devon and start cleaning his wounds.

“We were not properly introduced,” the man said, his silver blue eyes crinkling into a smile. “Roarke Hamilton.”

“I very much doubt you were really planning on introducing yourself to me before.” Eirene gave an unladylike snort.

There was a sudden fit of chuckled coughing from Roarke’s two other companions.

“Graeme Temple.” A man with wavy dark brown hair and eyes that seemed to swirl with grey, brown, and green extended his hand. Eirene hesitated before she gave his hand a quick shake.

“And this joker here is Blake Strachan.” Roarke’s mouth lifted to give her a lopsided grin. “Zac McBain is our resident medic. And the man whose life you saved three nights ago is Finn Qualtrough.”

At the mention of her saving Finn’s life, dusky rose heat crested her cheeks at the remembrance of what happened between them. She could feel Finn’s eyes on her, but she refused to look at him. Didn’t he know it was rude to give her that sexy look in front of his friends?

Finn moved closer to her and Eirene snapped her head around to look at him.

“And she saved me again tonight, though my ears took a bashing.”

“So you’re the female who helped kill the Scatha,” Blake said, slightly awed.

Eirene’s gaze swung to him. “Better them than me.”

Blake chuckled before looking at Finn.

Finn’s lopsided grin was the most devastating smile Eirene had ever seen on a man. His perfectly formed and sensuous mouth was made for kissing, and her mouth tingled at the memory of his lips on hers.

“I never got to thank you.”

“No need,” she said, her body heating under his gaze.

“Finn, we need to know what happened here,” Roarke spoke, breaking the sexual tension between them. “We couldn’t get up here as fast as we could with that shrill bell.”

Finn appeared to reluctantly shift his gaze to Roarke.

Eirene was startled by the numerous swear words that fell like rain over her head.

“Hold it! My ears are ringing with all of you swearing.” She made the “T” sign with her hands. She still clutched the baton in her right fist. A trickle of trepidation skittered all over her body when she saw their eyes turn to red orange, like the dying rays of the sun. Except for Finn, whose eyes remained a sexy midnight blue.

Roarke looked at her. Soon, the fury in his eyes began to ebb, returning to its silver blue colour. He raked his hand through his hair as he gave her a brief smile.

“Sorry,” he said. “We’ve been searching for Dac for a very long time and this has been the closest we have ever gotten to him.”

“And how long is a long time?” she asked. Her pulse began to race again because she knew she was treading on deadly ground.

Everyone was quiet. Roarke’s face was devoid of emotion as he continued to stare at her.

“Maybe way before I was born?”

Eirene heard Finn’s sharp intake of breath and she became the cynosure of five pairs of eyes. Her heart seemed to thunder towards the centre of her chest. She looked at Finn, then Roarke, then at everyone else. She inhaled deeply before expending her breath. 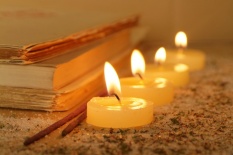 My Haven, My Midnight