Montana has become everything Arianna Dubray never wanted it
be. Home. Now, with every part of her Boston life behind her, she has all she
needs to watch her future unfold in her little country life: her sister,
Shelby, and the man that captured her heart and never let go, Canyon Michaels.
But Canyon was sure Arianna was never coming back, and in
the midst of his excitement, he doesn’t reveal the one thing that could shatter
his dreams of being with her for the rest of his life.
When every secret comes to light, the only thing left to do
is to leave their love in fate’s hands.
This is the follow up to the best selling novel, Let it be
Me and should be read in order.


GET BOOK ONE LET IT BE ME FOR #FREE

His eyes never left mine as he was being pulled away, and I
knew—the future was ours as a family. Nothing could take that away from me
again. I watched his mouth as he silently spoke, “I love you.” He was
pulled out of sight before I could respond, but we had the rest of our lives
for me to say those words. And I planned on saying them as often as possible. 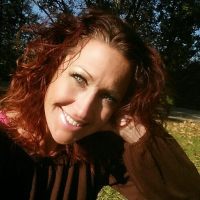 Author
Barbara Speak loves nothing more than being allowed to share her ideas and
thoughts through books that so many enjoy. When she’s not writing she’s caring
for her son and daughter along side her amazing husband in rural Missouri. She
has 5 more babies but these are covered in fur. Bode the boxer, Tucker the
beagle and Lily, Callie and Connor her kitties.
WEBSITE / FACEBOOK / TSU / AMAZON / GOODREADS
HOSTED BY:
LIKE A BOSS BOOK PROMOTIONS