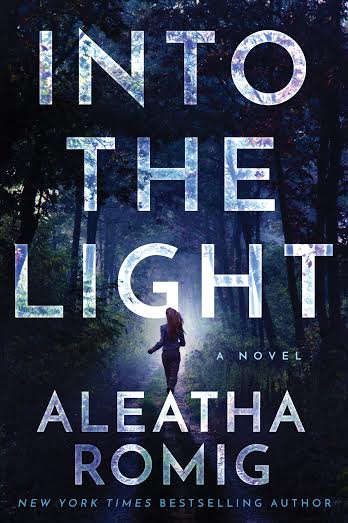 An investigator’s search for a friend draws her into a world darker than she could have imagined.

Sara Adams awakes blind, unable to remember the most basic details of her life, but her darkness seems a blessing when she discovers the terrors of The Light.

Stella Montgomery investigates the news on the mean streets of Detroit, where she’s noticed a disturbing trend: young women are vanishing. When her best friend disappears, Stella investigates—despite warnings from her police detective boyfriend—following a twisted trail that leads her through the city’s most dangerous and forsaken precincts. There she uncovers something more sinister than she could have imagined: a shadowy organization known as The Light, led by the enigmatic Father Gabriel.

As Sara struggles to understand her place in the strange world she’s awakened to—an oppressive cult demanding unquestioning obedience—and her feelings for Jacob, the husband she can’t recall and whose harsh and tender attentions confuse and beguile her, Stella risks all to discover the truth. But enlightenment always comes with a price…

Published through Thomas and Mercer and scheduled to be released June 14, 2016

So, I am a total asshole again… I’m at about 75% into this monster so I can’t really write a complete review of it… but know this… This book is fanfuckingtastic!  It’s such a weird storyline with twist and angst and shit seriously fucking with my head!  Thanks Aleatha!  So, I’ll repost this when my complete review is done… trust me, you’re gonna wanna read this one… Oh, just an FYI… word on the street is this is a cliffy… Ugh!!! 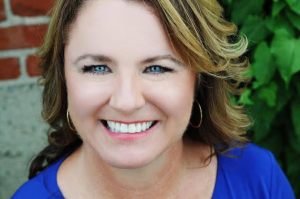 Aleatha Romig is a New York Times and USA Today bestselling author who lives in Indiana. She grew up in Mishawaka, graduated from Indiana University, and is currently living south of Indianapolis. Aleatha has raised three children with her high school sweetheart and husband of nearly thirty years. Before she became a full-time author, she worked days as a dental hygienist and spent her nights writing. Now, when she’s not imagining mind-blowing twists and turns, she likes to spend her time a with her family and friends. Her other pastimes include reading and creating heroes/anti-heroes who haunt your dreams!

Aleatha released her first novel, CONSEQUENCES, in August of 2011. CONSEQUENCES became a bestselling series with five novels and two companions released from 2011 through 2015. The compelling and epic story of Anthony and Claire Rawlings has graced more than half a million e-readers. Aleatha released the first of her series TALES FROM THE DARK SIDE, INSIDIOUS, in the fall of 2014. These stand alone thrillers continue Aleatha’s twisted style with an increase in heat.

In the fall of 2015, Aleatha moved head first into the world of dark romance with the release of BETRAYAL, the first of her five novel INFIDELITY series. She also began her traditional publishing career with Thomas and Mercer. Her books INTO THE LIGHT and AWAY FROM THE DARK will be published through this mystery/thriller publisher in 2016.

Aleatha is a “Published Author’s Network” member of the Romance Writers of America and represented by Danielle Egan-Miller of Browne & Miller Literary Associates.