BENEATH THE BURN – New Cover 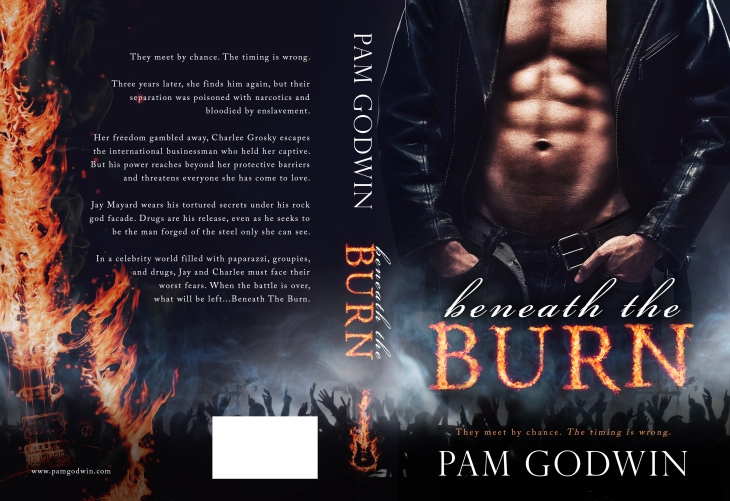 They meet by chance. The timing is wrong.

Three years later, she finds him again, but their separation was poisoned with narcotics and bloodied by enslavement.

Her freedom gambled away, Charlee Grosky escapes the international businessman who held her captive. But his power reaches beyond her protective barriers and threatens everyone she has come to love.

Jay Mayard wears his tortured secrets under his rock god facade. Drugs are his release, even as he seeks to be the man forged of the steel only she can see.

In a celebrity world filled with paparazzi, groupies, and drugs, Jay and Charlee must face their worst fears. When the battle is over, what will be left…Beneath The Burn.

Check out my review of this fanfuckingtastic book HERE

Other books by Pam Godwin
I’ve read every one of them and…
Loved. Them. All.