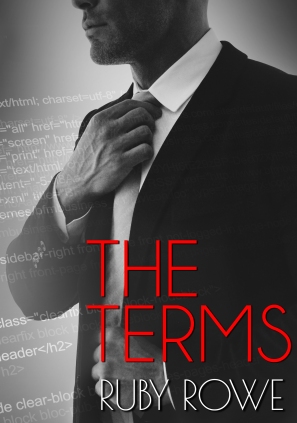 I wanted to hate her. For three years, Camilla withheld the fact that my brother had a son, Liam.

Then, Tony died without ever knowing his kid, and I was going to make sure Ms. Rose paid a price for her deceit. I also wanted Liam to be raised as a Burke. Our family’s legacy was one to carry on, so the terms were straightforward.

Live in my home.

Allow me to help raise Liam.

Oh, and agree to be my submissive.

In return, I agreed not to rip Camilla’s child away from her. I also offered them both financial security and a life of luxury. It seemed generous to me. It might’ve been simple, too, had she not reminded me of the lady in red. The one who haunted my dreams at night. Camilla’s hazel eyes were a mirror image, her sweetness more than an acquaintance to my subconscious.

I was a hacker by trade, and the internet was my best friend, sharing with me every secret I wished to unearth. I believed that until an unfathomable truth revealed itself in a different way.

Some secrets are never whispered, only sensed by the heart, and all along, my soul held the truth. It hid even from me the most important secret of them all.

Excerpt from The Terms: Part One (The Terms Duet)
© Ruby Rowe 2017 Tears well up in my eyes, and my lower lip quivers. “Tony was right; you’re evil.”

His fingers grip my chin once again and press harder this time.

“I knew he’d cause me grief from the grave. You and Tony Jr. are interruptions I don’t need, but my parents deserve to know their only grandchild. For that reason, I’ll allow this situation to disrupt my world. Besides, it will be good to have another male to carry on the family name.”

“Please, leave us be. Let me raise Liam. I promise I’m a good mother. I struggle financially, but he’s always cared for and loved.” Desperation tips the scale, and my lukewarm tears tumble to my cool cheeks. Looking away, Ellis clears his throat and releases my chin.

“Money, right… I recommend you change the password to your bank account to something more challenging. It was quite easy to empty that miniscule nest egg of yours.”

From my dry throat, a sob emerges. He’s going to take Liam away and leave me homeless. I have no choice but to play by his rules, so I cough from my cry and suck in short breaths, attempting to collect my dignity. Sniffling, I pull a tissue from my purse and wipe my eyes.

“OK, I’ll do whatever you want. Please, please, don’t take my child from me.”

Snaking his fingers through my hair, his thumb skims along my cheekbone, wiping away the tears. He moves closer, his sultry breath inches from mine, and his eyes roam my face as if he’s admiring a gallery painting.

“There’s no need to cry. If you’re open to this, your life will be easier–better even. Do exactly as I say, and you won’t lose Liam.”

I should shove him away. Spit in his face. Anything other than what I’m doing, which is leaning into his hand at my cheek to savor his touch. I’m emotionally fucked in the head, always finding myself attracted to the villain instead of someone nice, like my friend Christopher, for instance.

As if Ellis feels something, too, he withdraws his hand. “First, you’re going to quit your job.”

I tried to keep my distance. I knew how much trouble Summer could cause me once she was, in her words, “legal.” She wouldn’t accept that being my best friend’s sister meant she was governed by another set of laws.

She was the forbidden fruit.

The “don’t look and sure as hell don’t touch” female in my life.

But Summer pushed until I was backed into a corner. My hands and mouth had nowhere to go but on her. That was my story, and I was stickin’ to it.

I’d known Colton Graham all my life, and he was always a pest … until he wasn’t. That handsome face and masculine body he grew into became hard to look away from, and the more he matured and distanced himself from me, the more I wanted him close.

Since I’d grown up with a brother, I knew how college guys operated. Relationships were off the table, and fine by me; I only wanted two adventurous months with Colton. I knew he wouldn’t be my last, but I was hell-bent on making him my first. What was the harm in that? I could do casual … or so I thought.

Summer Trouble is a Ruby Romp Novella, meaning it contains insta-lust, along with an abundance of dirty talk and graphic sex. It can typically be enjoyed in one reading, so get ready for a fast-paced “get your panties wet” ride.

Q: “Where do you get the ideas for your books?” – Author Autumn Sand

A: I come up with the ideas for my books in several ways. Sometimes, I can’t explain why a character or storyline appears in my mind, and other times, an idea evolves from personalities or situations I have a desire to write about.

There are certain types of people and lifestyles I’ve never been exposed to, but I’m curious about them, so I often build stories around those personalities or situations. For example, after reading novels with wealthy, affluent alpha-male heroes, I wanted to try writing about one, so I created a story around that type of man.

Other times, there is a life lesson or topic I want to expose readers to. Like under my pen name Scarlet Wolfe, I wrote a story about self-harm to shed light on that subject.

I admit to living vicariously through my stories and characters. I mean, isn’t that a big reason why people read? We’re eavesdropping on a life we’ll likely never live.

Q: “How did you get started writing?” – Reader Amber Dover

A: Unlike a lot of authors who say they’ve been writing all their lives, I had never tried to write anything other than what was assigned to me in school. A few of my friends insisted I read Fifty Shades of Grey, and I actually laughed because I’d never read anything racy before.

Once I finished the series, I found myself creating characters in my mind at random moments. From there, I started thinking of a premise. A friend of mine at the time had written a couple of books, and once I shared with her that I had all of these thoughts crowding my head, she encouraged me to type them out.

That’s how my other pen name, Scarlet Wolfe, came about. Sometimes I wish I had known more about writing when I began, but on the other hand, naivety got me to take that first step. I don’t think I would’ve written a book had I known the challenges that would lie ahead.

A: In The Terms, my favorite thing about my hero, Ellis, is how vulnerable and kind he truly is beneath his hardened exterior. As far as Camilla, she’s strong and protective, especially in regard to her family. I love that in a heroine. Greyson, Ellis’s cousin, is witty, and I look forward to showing more of that in part two of The Terms. I don’t like Christopher, and if my readers don’t either, then I’ve written his character well. We don’t know much about Sasha, but I look forward to showing her grow and strengthen in the next book, and Liam … well, he’s just happy and adorable.

Q: “What is your favorite part of the process of writing books?” – Author Autumn Sand

A: My favorite part of the writing process is character development. I strive for my characters to have a deeper level of emotional intelligence by the end of their journey. I want to evoke from my readers the same feelings I show in my characters. If my readers can connect emotionally with my characters when they’re nothing like them, then I’ve done something right

Ruby Rowe began writing in January of 2013 under the pen name Scarlet Wolfe,

releasing contemporary and young adult. She soon tried her hand at writing erotica

romance and fell in love with the genre.

racier books separate from her young adult romances. She’d like to branch out and

release straight erotica, however, she’s a romantic at heart, and believes it will be

difficult not to include romance in every story.

When not writing, Ruby reads naughty books about possessive, hot alpha males. She has

an addiction to Pinterest, pinning all the sensual photos she can find. She loves bacon,

coffee, and other flavors of ice cream besides vanilla. 😉 She hopes her writing will allow

her readers a reprieve from the real world, giving them an opportunity to live out their