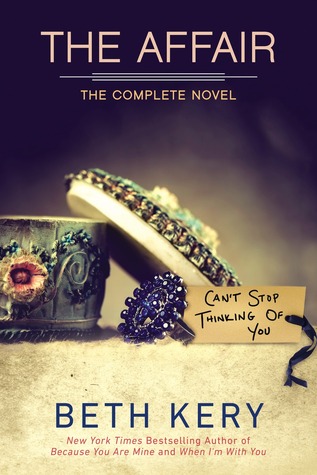 NEVER BEFORE PUBLISHED
THE COMPLETE NOVEL

Available for the first time as a complete novel—the serial from the New York Times bestselling author that explores the dynamics of power and sex between two people who set the rules of desire…only to shatter them.

When unconventional hospice nurse Emma Shore secured a new position at the Breakers, the sprawling mansion of enigmatic and dangerously handsome racecar billionaire Michael Montand, she had no idea how soon she’d be drawn into his darker sexual games—or that it would be her own fantasies that would hold her captive.

Michael knew he shouldn’t have engaged such an innocent woman to share in his desires. But strong sexual appetites and selfishness run in his blood.

From Michael’s luxurious lakeside home to the sun-drenched, sensual shores of the French Riviera, Emma submits again and again to his intoxicating power. But she knows there is only one way to protect her heart.

The affair will continue, but under her conditions: Only she can end it, and when it’s over, they will part and never speak again of the things they dared to do behind locked doors.

So I purchased this back in Nov. and love Beth Kery books, but for some reason I didn’t love this one. I liked it a lot and I got swooned a time or two, but all in all it was just ok for me.

Emma is a hospice nurse and a good one at that. She’s good to her patients and her patients are good FOR her. Her life seems to be on an even keel most days, but when she meets the man who is paying the bills for one of her patients, she kind of knocked off her game a bit.

Vanni is a rich asshole with a huge chip on his shoulders. He’s faced death and deceit too many times now that he’s just become hugely ridged and cold. Until he meets Emma!

I actually just found out that this was like 8 stories in one. Jeeze, that’s a lot of little books! I found it funny at times, sad at others, and mostly kind of hum drum. Don’t get me wrong, it was a good story, but (for me) lacked pizzazz and not enough highs and lows. The conclusion was good, but still not too exciting. The pacing was a little slow, but the storyline was good.