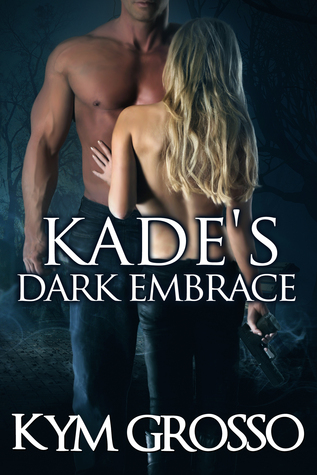 An erotic paranormal romance…
After a series of girls are ritualistically murdered on the cold streets of Philadelphia, seasoned detective, Sydney Willows, is forced to work with sexy, alpha vampire, Kade Issacson. While working the case, Sydney finds herself inexplicably drawn to Kade, fighting the passion she feels towards him. Kade, determined to solve the case and mete out justice, is captivated by the independent, fiery detective. As he attempts to protect her from a very real murderer, Kade grows concerned that the beautiful, but very human detective, could easily end up dead should she tangle with supernatural forces that are beyond her control.

The investigation leads them into a dark and dangerous world, deep in the heart of New Orleans, where together, they search for the perpetrators of the Voodoo killings. Sydney soon becomes the target of the killer and ends up fighting for her life and love in the Big Easy. If she makes it out alive, will she give into the intoxicating desire she feels for Kade?

Warning: This book contains several love scenes and is intended for adult readers only.

This one was my way back into Paranormal. I don’t read many of them these days, but this one wasn’t too bad. It has humor, sexy time, and a thick plot. I would go as far as to say it was JR Ward quality, but it still good none-the-less.

Kade is the brooding vamp sent in to assist with a case that involves paranormal activity. He’s not bossy or rude, but more like a take charge kind of guy. I liked him right away.

Sydney is working the case also, but now in a “consulting” capacity which doesn’t really sit well for a girl as tough as her. Eh, she’ll get over it!

It was a good story with good characters. The writing style was good, the dialogue flowed, and the tension was ok. The characters were likable and the pacing was pretty good. This was my first Kym Grosso book!